The Ultimate Guide to Secrets from the Boardroom: What VC’s Say After You Leave

If you ever wanted to be a fly on the wall after an investor meeting — well, here is your chance.

Ever wish you could be a fly on the wall after a meeting with an investor? After the platitudes have been exchanged, the masks fall and the gloves come off?

Well, now you can…

I was fortunate enough to be privy to a private pitching event, where a delegation of startups had a golden opportunity give a 5 minute pitch and to receive (VERY) direct feedback from a group of top tier Silicon Valley VC’s. So top tier that I’m not at liberty to say who was there, but trust me, you will want to memorize this post before your next pitch.

Disclaimer: a 5 minute pitch is not as comprehensive as a full investor pitch, but the advice they gave rings true for both types of pitches.

Some of the advice validated what I have been telling my clients for years about pitching and storytelling. Other things threw me for a loop. Better yet — some things I had never even considered and feel so lucky to have heard straight from the horse’s mouth.

Afterwards, I went through and aggregated the advice and recurring feedback from each of the investors and created this list of 7 actionable insights: 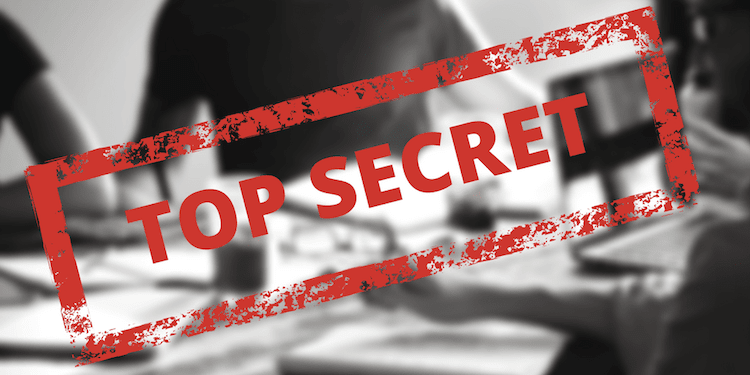 1. Address the Market and Trends

Show Me the Money!

It’s not just TAM/SAM/SOM – you must be able to tell the market size and your share of it. If it’s small, show them that it’s set to grow and back it up with proof. They want to be excited by the overall opportunity.

From the get go, you must set the context of the market: What’s the broad theme proving why you are going to be a big company – i.e. $XB moving into your space, massive fragmentation, what type of solution is missing for this market and how you fit right in.

And, if you are part of a fast evolving market – what will keep you unique in the value chain when competition strikes?

One More Thing: I’ve been saying for years that this is the silver bullet of your pitch – and now these investors backed me up: Tell them Why now? Why is your product/solution/technology something that’s time has come? What’s the enabling factor? What are the trends pointing towards it? And if you didn’t exist – what  trend would still be happening? What is the bigger trend that you are absolutely hooked into?

Understand Their Needs and How You Solve Them

You need to set the stage so they understand your customer, their needs and how your product benefits their needs. In other words, this is the classic problem/solution storytelling, but on a very sophisticated level.

First, draw a picture of the problem and the audience suffering from it – give a few use cases that exemplify why you are needed? Show that you have an in-depth understanding of your customers.

Oh, and to clarify – Someone that pays you money is a customer. Period. Do not have a slide full of “customer” logos if they aren’t paying.  Non-paying users should be called prospects or pilots. This can really wreck your credibility.

Having a product demo is super important – especially if it’s a great looking product. But you don’t have to explain every point on your product – walk them through the demo from a user perspective with their unique needs and constraints in mind, show off some cool features briefly and mainly focus on  the assets and benefits you provide.

One More Thing: If you are in an emerging or highly regulated market where things are still “up in the air” like drones, or “at risk” like InsuraTech, make sure to talk about the regulatory issues, show that you’re familiar with them and what you are doing to address them?

From Concept Fit to Market Fit.

This section was the most eye opening to me – and the most important piece of this article!

According to this group, all early stage VC’s are always imagining your next round – as you’re talking, they’re thinking through the next 18 months and when you’re ready to raise again.

One of the investors said: “Once I write a check – I’m on the hook to help you raise your next Round. Having clarity on what you’re going to achieve in the next 18 months is super important for me to see how you’ll raise your next round and how I’ll onboard the best investors for you.”

So talk about what your MRR will be. Give them the roadmap so they can see if you can execute. What are KPI’s you’ve already hit and KPI’s you’ll deliver? It’s not fun and games, it’s a real business.

If you don’t have recurring revenue, you aren’t VC investable. It doesn’t mean that you aren’t a great company, but VC’s want to see products that have a repeatability of income, something that keeps the money flowing in – not a one time purchase.

Talk about your raise and your metrics: What’s your “proxy for revenue” – meaning what are the numbers for your current DAU, WAU and MAU (Daily, Weekly and Monthly Active Users) and how will that continue to grow and bring in revenues after you raise? And if you have absolute numbers of growth, users, revenues – show them a breakdown, a timeline of how you got there.

What are your allocations for the money you are raising this Round? What’s the pipeline of the product and the marketing strategy? How far will you be when you need to raise your next Round? You don’t have to detail the entire monthly burn rate, but give them an idea of how you will be using the money so they know you’re raising enough to keep you covered till you hit your round objective.

One More Thing: While you don’t necessarily want to spell it out on a slide, you must have a well thought out Exit Strategy. The same investor went on to say: “I need to be able to envision the Act 1, Act 2, Act 3 – where are you going? Even if you fail will you be a nice Exit by then?”

What’s a Show and a No Show?

I always knew that investors HATED the chart with the checks and x’s showing you and your competitors. I didn’t realize they felt almost as vehemently opposed to the 2X2 or magic quadrant.

They said it bores them because everyone has it and it always looks the same, with your company at the top right. One of the VC’s actually said that a company that was pitching them tries to “shake things up” and put their company on the bottom left – and everyone got mad at them.

(This to me proves that people think in schemas and the 2X2 actually has some merit if done right.) If you are going to have it, make sure that the X and the Y are meaningful – not just something like – “affordability and availability.”

When I asked them what alternatives they suggested to show as a visual, there were a few great suggestions:

One More Thing: One of the VC’s said: “Talking about competition builds trust with VC’s if you do it right. What we really want to know is what are you doing differently? Why are you faster? Bigger? It’s all about speed of execution – how will you compete with the big players? I’m not interested in hearing about the little startups out there, I want to know how you’ll compete with the Googles and Apples of the world, or the startups back by Greylock, Sequoia or Andreessen Horowitz.” And above all, don’t be dismissive about your competition – “we’ve got it covered, they’re no match for us…” and such – show that you don’t take your competition seriously!

Many of the startups pitching had a “golden nugget” – ie a big customer, distributor or partner – and very few of them made a big enough deal about it. These points of validation are crucial and can make all the difference in the world for if they’re listening to you or not.

Open with something exciting and close with something exciting! Lead them on a journey, pique their attention! In the opening, when you talk about the audience you are serving and their problem, show just how big the problem (ie losing money) or the opportunity (ie money out there to be made) by using numbers. And let them know how much money you’ll help save or earn!

One More Thing: If you landed a deal with a channel partner but haven’t started distribution through them, look at a similar product they partnered with and use their sales metrics to show how you’ll probably look pretty similar.

For years, I’ve been trying to persuade startups that it’s worth investing in the graphic design of a presentation. If your pitch deck slides look shoddy, this is a reflection of your product, your brand, your company. Often I get scoffed at and told that investors don’t care how it looks. This group definitely validated my point.

All of the companies with slides that weren’t up to par were chastised. They said the the slides must match the aesthetic of the product (just get your UI person to work some magic on your slides as well!!).

They all agreed it shouldn’t be text heavy or too busy and as I’ve said for years – the rule of thumb is “One big idea per slide” – not 10 ideas crunched onto one slide! And write your one point as the title of your slide.

They also asked that you please number your slides so they can tell you where to jump to when they want to discuss.

One More Thing: This part is true for “presented presentations.” You can also create a send-out version that looks great, but which is an abridged, PDFd version with a bit more text on it. Don’t try to turn the presented version into a textual, “teaser deck”  just because you want to be able to send it out. You should have two versions!

I once had a VC tell me that they saw so many good companies that they always looked for reasons to say no than to say yes.

For example, his biggest pet peeve was if a founder glanced at their phone during a meeting. This was a big no-no and an automatic red flag for them. Sounds a bit extreme?

Maybe – but they see how you behave during the meeting as indicative of how you  will behave in your business.

Here’s a few big red flags this group of VC’s called out:

I hope I have demystified some of this process — and would love to continue the conversation. If you’re an investor — what would you add to this list?